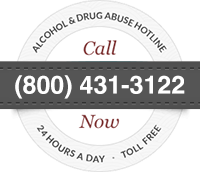 Pros and Cons of Lithium for Bipolar Treatment

According to the NLM, “Lithium is used to treat and prevent episodes of mania (frenzied, abnormally excited mood) in people with bipolar disorder (manic-depressive disorder; a disease that causes episodes of depression, episodes of mania, and other abnormal moods).” Although lithium is one of the most common treatments used for bipolar disorder, the medication has its drawbacks. Anyone who is considering taking lithium as a bipolar treatment should first learn and understand the pros and cons of how this medication will affect them.

Is Lithium Effective in Its Treatment of Bipolar Disorder?

As stated by the Better Health Channel, “When people experience an acute episode of mania or depression, they often require immediate care and treatment. These episodes can often be prevented by regular medication such as lithium.” The drug actually helps to prevent intense episodes of either mania or depression, especially that of mania in bipolar patients. While lithium is effective for this specific purpose, it cannot cure bipolar disorder.

Lithium does have a “well established efficacy” in treating both mania and depression in bipolar individuals. In fact, according to the Drexel University of Medicine, the drug had a “response rate of as much as 78% over on to two weeks” when treating manic episodes in bipolar patients. The drug’s high rate of effectiveness is one of its most beneficial qualities and one of the strongest pros for patients considering treatment.

For an individual with bipolar disorder, episodes of both mania and depression can be debilitating. Those who allow their manic moods to go untreated often engage in risky behavior, and when these same individuals experience the depressive side of the disorder, they can become suicidal. Lithium helps to even out these imbalances and allows patients to live their lives more calmly and happily overall.

Lithium treatment for bipolar disorder has other benefits as well, including:

For many of these reasons, lithium is the go-to pharmacological treatment used to stabilize patients and minimize their manic-depressive symptoms. However, like all medications, there are drawbacks to treating the condition with this particular drug.

Cons of Lithium Use for Bipolar Treatment

Lithium is a prescription-only medication because it can have very strong effects on the individual who uses it. As stated by the NLM, you should “talk to your doctor about the risks of using this medication for your condition” before you begin your treatment regimen. Some of the possible drawbacks of lithium treatment are: 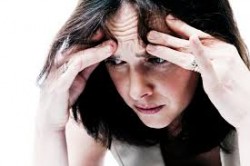 Lithium can cause headaches and drowsiness.

Lithium has many possible side effects and there are many cons against using it as a treatment for bipolar disorder. Patients should discuss all of these possible issues with their doctor and determine which, if any, may keep them from using the medication safely.

There are a number of pros and cons to lithium use for this specific condition. In many cases, however, and when prescribed and used safely, the drug is a very effective treatment for bipolar disorder.